Flowers, buttons and a wee bit of dog shampoo

As the title suggests, our class on Wednesday had just about everything.

It was a packed art room for the much-anticipated plaster-casting night.

Clutching an assortment of items – pine cones, leaves, buttons, shells and a bunch of nuts and bolts – members rolled up their sleeves to get a bit messy.

After making the clay into a flat square, objects were pressed in to make an impression. Then, with the wooden frame firmly in place (and a trace of dog shampoo on the inside edge to help it come off later), Angus poured plaster, covering up the makeshift mould. You had to be quick and shoogle the mould a bit to make all the plaster spread and go smooth on top.

A tense wait ensued as we all waited for it to set but health and safety warnings about not putting body parts into the plaster helped. When it sets, plaster gives off a tremendous heat – enough to cause serious burns to any skin that is in contact.

But eventually, we got some wonderful results, as you will see from our bumper collection of photos below.

Apologies to those who did not get a chance to do the activity – Angus plans to offer it again on Wednesday (September 15). Those were at this week’s class but missed out will take priority.

The good news is that the group now owns the frames and plaster so anyone who wants to have a second go will be able to in the future.

Meanwhile, in the store cupboard, a few members took to the potter’s wheel to throw some clay shapes. The sound of laughter was great to hear – though this reporter was too late to reach the scene to accurately convey what exactly was the cause of the hilarity. We’ll have to leave it to your imagination. 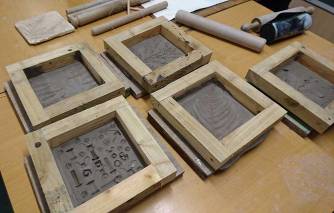 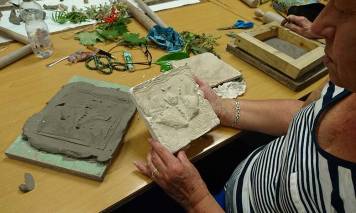 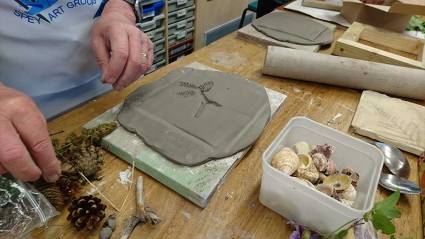 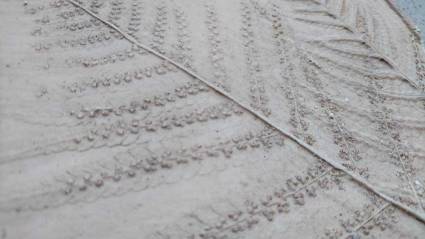 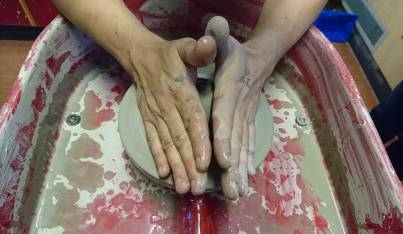