Lots more events going on around the region that arty people might be interested in as we head towards the end of the year.

The Creative Cairngorms collective is exhibiting at the Iona Gallery in Kingussie for most of November. There’s a host of craft and art on offer – jewellery, ceramics and photography and many more.

Opening hours can be found on the gallery website: http://www.theionagallery.co.uk/

At Inverness Museum and Art Gallery, there’s a new exhibition starting on November 12. Scottish artist Graham Fagan has reinterpreted the body of work made for the Scotland + Venice exhibition last year. The original exhibition was made for the Palazzo Fontana on the Grand Canal in Venice.

If you fancy going further afield, there’s the Kilmorack Gallery, just outside Beauly. Their winter exhibition starts on Saturday November 19. A host of artists will be showing new works.

Five exhibitions to inspire you this autumn

We’re on a break until October 26  but that’s no excuse to neglect your art.

There’s lots of places to seek inspiration over the next few weeks.

The Main Gallery is hosting Remembering the Great War, an exhibition that marks the centenary of the outbreak of World War I. This show has been developed by the Scottish National Portrait Gallery and includes famous Scottish artists, as well as the lesser known. There is a rich variety of portraits and other related works in various media and the exhibition provides an opportunity to learn about the impact of the war and the key role that Scotland and its people played.

Related to this, the Small Gallery hosts Next of Kin, which showcases a range of family keepsakes, including postcards, letters and photographs.

IMAG is one of eight museums and galleries working with National Museums Scotland to exhibit objects and archives in this show.

Jon Scheuler’s Skyscapes will be on show at the Iona Gallery until the end of the month. This exhibition coincides with the centenary of the artist’s birth. The Milwaukee-born painter studied in California before moving to New York in the 1950s.

In 1957 he came to Mallaig and the landscape he found there influenced his work throughout the 1960s. In 1970, he returned to the village and stayed for five years, returning most summers until his death in 1992.

Meanwhile, you’ll have to be quick to catch the photography exhibition in the Small Gallery : Lost in the Glen features landscape works by Preslava Gancheva, of Bulgaria.

But even if you do miss out on that, another small exhibition is due to replace it. Local artist Lynne Cairney’s latest collection is Back to the Farm.

Waiting for art group to restart? 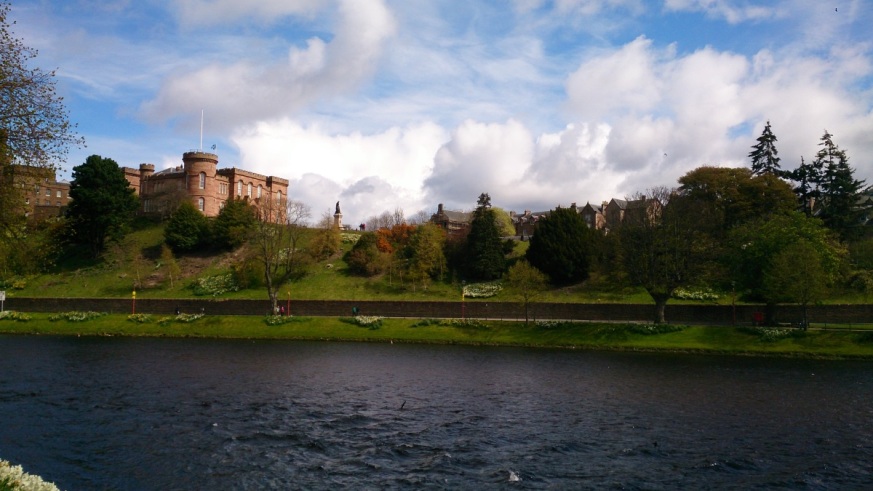 We’re all looking forward to the start of classes again on February 3 but if you are looking for some inspiration in the new few weeks, there’s a wee distraction just up the road.

Inverness Museum and Art Gallery is showing The Great Tapestry of Scotland – the longest tapestry in the world.

At 143m (or nearly 470ft) long, it is a record-breaking piece of work and was completed by volunteers across the country. It was unveiled to the public for the first time at the Scottish Parliament in September 2013.

Now a series of panels from the tapestry is on display at Inverness Museum, including historical events such as the Jacobite Uprisings, the Highland Clearances, and cultural aspects like sheep shearing, Highland Games and shinty.

The museum’s winter opening hours are:

The exhibition is on until February 20.

And if you feel inspired by that visit to the museum, you might want to take part in this consultation on the future development of Castle Hill.

There’s moves afoot for the courts to vacate the castle in the next few years. High Life Highland, which runs the museum on behalf of Highland Council, is asking for views on what the castle should be used for. There are also plans for developing and upgrading the museum and gallery.

More information can be found by clicking here.

Of course, you could just pick up a pencil or paintbrush and get cracking on work for the exhibition in April… Not long to go! 😉

This entry was posted in Events, Exhibitions, Information and tagged Inverness, Inverness Castle, Inverness Museum and Art Gallery, The Great Tapestry of Scotland.

Picasso’s prints are really quite good and there was a piece of work by Dali that I didn’t hate! Well worth a visit.

This entry was posted in Exhibitions and tagged Inverness Museum and Art Gallery.

An exhibition of Brynes rich and varied portraits.

This entry was posted in Exhibitions and tagged Inverness Museum and Art Gallery, John Byrne.