Working with clay is always a highlight for the group and Wednesday night (Mar 1) proved no exception.

There were the usual whoops of delight (?) as members got to grips with the range of potters wheels in the art department.

While we are probably not ready to join the ranks of the BBC’s current series of The Great Pottery Throw Down, everyone loved having a go. And there were only a few jokes about Ghost.

Elsewhere, the mood was more sedate as people worked on wee pinch pots, which were harder to construct than Angus made them look.

Everything is now drying off in preparation for a firing. Get ready for more pottery work next week!

A production line of potters 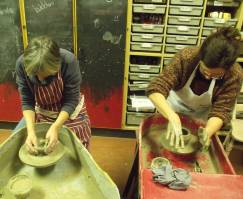 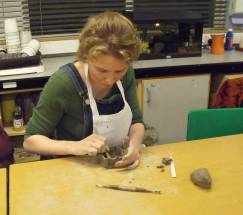 Angus demos a bowl on the wheel 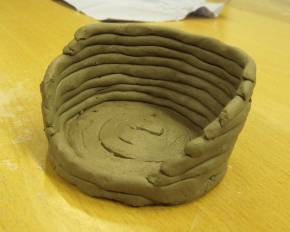 Kerstin is delighted to throw the clay down

Kerstin gets a pot going

Mary gets on the wheel

The pots ready for firing

This entry was posted in Ceramics, Craft and tagged BBC, clay, pinch pots, The Great Pottery Throw Down.

One thought on “The Spey Art Group Clay Fest”